Following a 1.2% year-over-year (Y-o-Y) increase, September U.S. office asking rents averaged $38.62 per square foot. Leasing rates held steady on a monthly basis as well, dipping 10 cents compared to August. While the surge in COVID infections driven by the delta variant continued to delay return-to-office plans, cases have been falling in recent weeks while vaccination rates have increased. Furthermore, big tech’s ongoing investment in the market reveals offices will still play a key role in the future of employment.

In an individual market analysis, average full-service equivalent listing rates spanned from $22.13 to $83.52 in September. Los Angeles office space ($41.62 per square foot) stands out with the largest yearly increase in asking rents, up 8.1% compared to September 2020. Meanwhile, Tampa ($29.70) and the Bay Area ($55.79) shared the second spot for rent growth, as average listing rates in each of the two markets rose by 6.2% year-over-year. Finally, the average asking rent for office space in Miami ($43.43) grew the third-fastest, up 5.8% compared to the same time last year.

Download the full October 2021 report below for updated lease rate stats across all major U.S. markets.

Office vacancy rates averaged 14.9% in September, decreasing 50 basis points (bps) compared to August. However, the national vacancy rate is still 130 bps higher than in September 2020 and shows significant variation at the market level. Year-over-year, vacancies have increased the most in markets that had a considerable amount of stock delivered in recent years. However, due to quicker recoveries in office-based employment, these markets also have the potential to rebound faster than average and have already shown signs of vacancies cooling in recent months.

The national office transaction volume totaled $53.3 billion through the end of September. Sales recorded in the first three quarters of the year reveal office transactions closed throughout 2021 will likely surpass the $61.8 billion recorded during 2020. Notably, Bay Area office sales exceeded $7 billion in the first nine months of the year, carrying significant weight in the national transaction volume. Boston sales amounted to $4.6 billion during the same timeframe, while the Seattle volume is nearing the $4 billion threshold, with $3.8 billion in office transactions closed by October 1.

In terms of office prices, the national average sales price for office space rested at $295 per square foot in September. Big Tech clusters San Francisco and the Bay Area still boast some of the highest office sale prices in the U.S., averaging $593 and $641 per square foot, respectively. Meanwhile, the average sales price for office space in Austin inched upwards to $496 in September.

Under Construction Pipeline Plateaus at 2.4% of National Stock

Download the full October 2021 report on performance across U.S. office markets, as well as insights on industry and fundamentals of economic recovery. 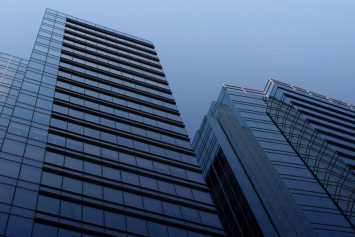