Medical office buildings (MOBs) have been a resilient subsector throughout the pandemic, gaining increased investor and developer interest since the emergence of COVID-19. Though rates for elective and non-essential procedures declined early in the pandemic, they rebounded by the end of 2020.

According to our most recent data, more than 16 million square feet of properties that include some type of medical offices are currently under construction. Furthermore, as the U.S. population is aging, demand for MOBs is poised to grow in the coming years, especially in suburban centers, where residents will seek services closer to home.

Across the top 50 U.S. markets, the average full-service equivalent listing rate for office space rested at $38.62 per square foot in January, up 1.2% year-over-year (Y-o-Y).

Office Vacancies Pick Up Speed in January, Rise to 15.7% Average

In terms of tenant absorption, January vacancies averaged 15.7% across the top 50 U.S. office markets, up 20 basis points (bps) compared to the previous month and 110 bps year-over-year. Since a significant percentage of the construction pipeline was started before the pandemic, and the Omicron variant further delayed returns to the office, higher vacancies are expected even in competitive office clusters.

Looking at individual markets, Boston office space boasted the tightest vacancies in January, averaging 10.7% after a year-over-year decrease of 40 basis points. Next up, Miami has been a bright spot among the top office markets in the nation overall – besides posting the third-fastest rising listing rates, the Miami vacancy rate was 13.4%, down 190 basis points compared to January 2021. The average vacancy rate in Los Angeles closely followed, resting at 13.5% in the first month of the year.

Nearly $5.9 billion in office transactions were completed through January, despite return-to-office delays. As such, the national average sale price for office space rested at $288 per square foot at the beginning of the year.

The Bay Area saw the strongest start in 2022, with $715 million in office sales completed through January. The market also posted one of the highest sale prices in the nation, at an average of $611 per square foot of office space. Boston ($249/sq. ft.) recorded the second-highest office sales volume: $435 million as of January. Next up, office space in Washington D.C. exchanged hands for an average of $531 per square foot, with January sales amounting to $367 million.

Starting with this month, sales volume reporting has been adjusted. Sales estimates now also include unpublished and portfolio transactions (previously not covered in this report) with sales comps based on similar local transactions. As such, comparing sales figures in this and future reports to previously published values will deliver inaccurate results. The complete sales comps criteria are available in this report’s methodology section.

Boston came in fourth by share of office space under construction, which amounted to 4.9% in January. And with more than 12.2 million square feet in development, the northeastern market has the second largest pipeline in the nation. Still, the Boston construction stock broadly represents pre-pandemic trends, as starts have slowed since the emergence of COVID-19. From January 2019 through March 2020, there were 8.2 million square feet of new office starts in the market, while the following 22 months saw only 4.9 million square feet begin construction.

Download the full February 2022 report on performance across U.S. office markets, as well as insights on industry and fundamentals of economic recovery. 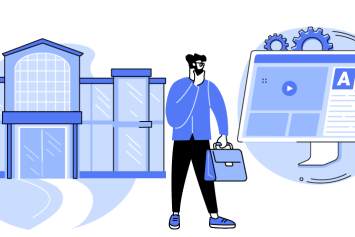 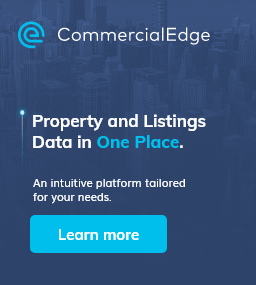