What does the future of industrial leasing hold? Will the 2020 explosion in e-commerce continue to drive an increased need for warehouse and other industrial space? Will supply outpace demand to the detriment of the market?

These and other essential questions were recently discussed by a panel of industry experts at the National Industrial Broker Roundtable. The event was emceed by Hussain Masumi, market manager at Bisnow, and moderated by Turner Levison, senior account executive at Yardi.

Levison began with data that has blown away many in this industry, including the fact that the fourth quarter of 2020 had the highest sales volume of any quarter since CommercialEdge began collecting industrial data.

Specifically, Q4 logged $11.9 billion in completed sales, an increase of 18.2% year-over-year (Y-o-Y). The average price per square foot was around $100. Many of the questions that followed reviewed those numbers more closely, as well as the likelihood that growth could continue at this rate.

Were increases a flash in the pan reaction to the pandemic, or will industrial assets continue to rise?

Jackie Orcutt, panelist and senior vice president at CBRE, brought additional data to show just how influential the year was for the industrial market. For example, CBRE’s record-number absorption came in at 223.5 million square feet — an increase of more than 11% compared to 2019.

Orcutt acknowledged that Amazon was a factor in these numbers — in fact, she held it at 15.6% of the total growth in the industrial market. And, although she recognized that some people might find it risky to assume that the trend would continue, Orcutt identified other factors playing a role in that, and continued growth.

For example, she noted that there had been a shift in the reshoring of medical- and defense-related manufacturing and technology; battery manufacturing; and other industrial shifts to the U.S. market. Finally, while the bubble is unprecedented, Orcutt also said she believed that it was sustainable and would trickle down to sales volume.

Beyond ecommerce, what other economic factors are affecting industrial assets?

Jeffery Cole, vice chairman at Cushman & Wakefield, agreed with Orcutt, but pointed to indicators other than e-commerce that his company had been tracking. In particular, his research group has been looking at:

Cole also noted that, while e-commerce was currently driving much of the growth, it wasn’t going anywhere anytime soon. In fact, he believes that the way Americans shop has changed for good and that other companies will continue to mimic Amazon’s models.

Where are industrial rents headed?

Meanwhile, Levison pointed out that average industrial rents were $6.45 per square foot in February — which was a more than 5% increase in 12 months — with record levels of new supply. Specifically, he pointed to a projection of more than 264 million square feet just this year and asked the panel: Will demand be able to keep up? Will the new supply affect the direction that rents are headed? What will happen to the new supply? And, what were other indicators that should be considered, according to the panelists?

Mark Duclos, president of Sentry Commercial and current president of SIOR, was quick to state that rates were not going down. He explained that this was due, in large part, to the quality of the product, which has increased significantly in the last decade. Duclos added that he believed that today’s occupiers were more interested in location, functionality and access to highways than they were in getting the lowest possible price.

Likewise, Kim Ford — CEO of Rise Pittsburgh — said that one of the challenges her clients had as tenants was that they had unrealistic expectations about price, especially when it came to new buildings. She shared that they thought they could come to a “second-tier city” like Pittsburgh and save money — and that they should get a discount on rent because of the pandemic. However, Ford said she believed that, as leaders in the brokerage community, the panel and their colleagues were responsible for helping their clients reset their expectations.

With the current supercharged activity in the industrial market and many players from other sectors, such as office and retail now exploring this asset class, Levison closed the panel by asking what newcomers should be on the lookout for.

Cole’s take was that regardless of experience within the industrial market, alternative industrial investment was the way to go, targeting assets that are a little different from the usual suspects. Refrigeration space is one industrial asset type that remains underserved and thus less competitive, with storage space and life science space conversions also continuing to deliver results.

Cole also brought up covered land plays for short-term holding to be followed by redevelopment in the mid- to long-term, for those looking to make inroads into industrial holdings. Cole also circled back to industrial assets in what are historically considered second-tier markets, emphasizing that many are showing fundamentals just as strong as traditional primary markets.

Orcutt, too, spoke of the interest and activity in second-tier markets, especially in the context of being driven by specialized manufacturing that is choosing to avoid the regulatory challenges being experienced in larger markets such as Southern California. In her view, spaces with sticky tenants – tenants that have themselves invested heavily into specialized infrastructure within leased spaces – are to be watched as well. 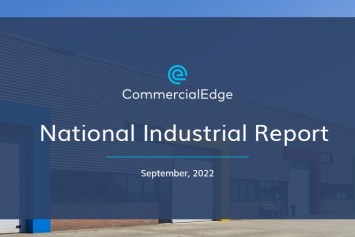 Commissions are among the more complicated aspects of CRE transactions and tracking them can become resource-intensive without dedicated tech.