Inflation and rising interest rates are expected to bring some changes to the national industrial market, with some of the most likely ones expected in buying patterns. Some potential buyers will be retreating from the market, while bullish investors are expected to target vacant or soon-to-be vacant assets to capitalize on growing lease spreads, while others may even consider negative leverage deals and bet on further price growth.

Amazon, the largest player in the industrial market that spurred a significant share of the past two years’ industrial boom is already pulling back, but not because of legislative changes. Rather, the e-commerce giant has come to realize it overextended its logistics footprint, and, after marking its first quarter of losses in seven years, has canceled, paused and delayed multiple large developments.

Media reports claim that the retail giant will also allow several leases to expire without renewing in order to further downsize. Additionally, Amazon will likely sublease 10 million square feet of industrial space at the minimum, mostly in very tight markets that include Southern California, New Jersey, New York and Atlanta.

Read to the end and download the full June 2022 report for updated lease rate and vacancy stats for all major U.S. markets.

The national in-place rent for industrial space rested at $6.53 per square foot in May, five cents higher than in April and up 4.7% year-over-year. Coastal markets continued to record the most significant rent increases, as demand for industrial space continued to remain high, with many of the same markets also logging the largest lease spreads between new and in-place rents.

The national average vacancy rate for industrial space stood at 4.7%, down 30 basis points month-over-month. Compared to May 2021, the national vacancy rate contracted 100 basis points, coming down from 5.7% due to sustained demand for industrial space across the country, not just in red-hot coastal markets. For their part, coastal markets continued to further tighten as evidenced by the fast-paced growth of industrial rents as well.

The Inland Empire industrial market was squeezed to a minuscule 0.6% vacancy rate in May. And as has been the case for quite some time now, some of the next lowest vacancy rates were recorded in other Southern California markets such as Los Angeles (2.1%) and Orange County (3.3%) — two of the three most expensive industrial markets in the U.S.

Representing 3.8% of existing U.S. stock, nationally there were 656.5 million square feet of industrial space under construction in May. At the same time, planned projects that have yet to break ground totaled 7.8% of existing industrial inventory. But not all planned projects will go through, especially in California where vacancy rates are hitting historic lows, as backlash from residents and government officials means a slowdown in industrial construction is to be expected.

A new bill (Assembly Bill 2840) is moving through the state legislature that will significantly slow down and limit new projects. If it passes both houses, AB-2840 will ban municipalities from approving industrial developments of 100,000 square feet or more within 1,000 feet of residential areas, schools and community centers.

This will most likely lead to even greater pressure on California’s industrial markets, especially in Southern California, which will probably force industry players to reorient themselves towards other markets in the area and spur overflow development in the markets of Central Valley, Phoenix and Las Vegas.

New Jersey, Phoenix, Los Angeles and Chicago were the only markets with more than $1 billion in industrial sales in April — joined by Houston’s $2+ billion sales volume. In May, however, the $1 billion threshold was also surpassed by Dallas and Philadelphia. The Inland Empire is also closing in fast with a $970 million sales volume, while Houston’s $2.6 billion suggests it’s well on its way to reaching $3 billion.

Download the complete June 2022 report for a full picture of how U.S. industrial markets fared in the first five months of 2022, including insights on industry and economic recovery fundamentals. 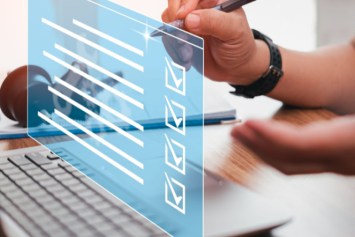