The Future of Office 2023: Clarity, Adjustments and Emerging Trends

Although the onset of COVID-19 produced no shortage of models and predictions for the future of the U.S. office sector, nearly three years into the pandemic the status quo is one of uncertainty. Conflicting outlooks touch on all facets of the industry from return to office policies and new financing challenges to the expected decrease in demand — subjects explored by the newest edition of the PWC/Urban Land Institute Emerging Trends in Real Estate report.

While the mass exodus of office occupiers that some feared in the early days of the pandemic did not materialize, even the most optimistic industry players agree that the next three to five years will remain fluid and challenging. Beyond that though, the variety of opinion on where the sector is headed is vast.

More bullish decisionmakers believe that the economic downturn and the inevitable increase in unemployment will hand power back to employers to enforce a full return to the office. Others believe companies will look to cut expenses by giving up large parts of their footprints. Others yet point to the current wide spectrum of hybrid work set-ups as a new normal.

Although some voices still predict a full return to the office, the wider consensus is that hybrid work is here to stay for the foreseeable future. While nuances differ from company to company, the overarching sentiment is the need for a home base, with 86% of tenants believing in the ongoing necessity for a physical office space, according to the 2022 BOMA International COVID-19 Commercial Real Estate Impact Study which surveyed more than 1,200 space decision-makers.

Additionally, 60% of employees and employers favor a partial return to the office with an average of 3.5 days per week. But reacquainting workers with the office environment is proving more challenging than most industry players expected. Also, a large contingent of workers simply favor a telework setup for the increased work-life-balance it offers, reduced commute times and expenses, as well as the opportunity to live in more affordable housing markets.

However, the wider consensus within the industry is the need for each company to take an individual approach. After all, the past two plus years proved that successful telework is most influenced by the role of an employee, rather than the location, industry, or the company itself.

The Need for Individual Approach

It is precisely this need for flexibility that has spurred the reemergence of the coworking sector after the hits taken during the pandemic. Not only are employees choosing to work in coworking environments, but corporate presence in the industry has also surged. While the nearly 118 million square feet of coworking space that CommercialEdge estimates to exist nationwide represent only 1.7% of all office space, the sector is expected to grow, and not just in the short term.

But changes in the industry go far beyond the growing interest in coworking. New lease contracts are increasingly foregoing the traditional 10-year term in favor of three-to-five-year terms. And while 75% of office decision-makers plan on renewing leases, nearly the same number are reevaluating their needs. Of those, half lean towards reducing footprints and just a little over one-third plan to increase it.

Occupancy variations have also become tied to industries, regions, location and building class. Occupiers of Class A space over 5,000 square feet place the highest importance of maintaining an office hub. But occupiers with the largest footprints and highest rents are the ones increasingly reevaluating space needs, especially in the Northeast, California and Texas. At the same time, office occupancy as well as new project starts remain highest in Sunbelt markets.

Office As Destination, Not Obligation

Net absorption turned positive this year, but there is a sharp demarcation line between building classes.

High-quality spaces, especially new buildings with the latest amenities experienced rent growth in both 2021 and 2022, while Class B and C assets are facing increasing vacancies, decreasing lease rates and little new development.  CommercialEdge data shows that A and A+ projects under construction totaled 129 million square feet at the end of Q3, whereas Class B developments accounted for just 9.7 million.

With the flight to quality not expected to let up, office amenities have started going from fitness centers, catering and outdoor spaces to a range of services like concierge setups. The demand for top-tier office spaces and their increasing rent rates suggest that the most fundamental change for the industry might be that office environments are no longer simply locations and products — instead they have become a service.

This shift in the way office spaces are perceived and lower usage rates have led to even the most optimistic outlooks to expect a decrease in demand of at least 10% — a figure that could go as high as 25%. The most likely spaces to take that hit will be where owners and operators are unwilling to or unable to upgrade and quickly realign with new usage trends, especially since rent growth is expected to remain weak while operating costs continue to rise.

Companies should make the workplace a destination instead of an obligation.

That in turn has upended cap rates. Rising interest rates, risk premiums and debt costs have softened both the volume and price of office transactions overall. Exceptions to this outlook are expected to be niche sectors, like the life sciences sector, which has kept markets with significant such footprints ahead of traditional gateway markets.

Where Next: Conversions and Rediscovering Customer Needs

While early voices did predict a significant increase in office-to-housing conversions, that trend too failed to materialize. Although many of the largest office markets in the country would be open to such projects, such adaptive reuse projects will likely be few and far between, since each potential office conversion must be treated on a case-by-case basis, which already increases the cost of conversions.

Further major roadblocks include the simple fact that most office buildings have floor plates that are incompatible with residential needs. Furthermore, demand, local attitudes (such as NIMBYism), regulations, tax and incentive packages all must fit in just the right way for conversions to be feasible. Not only that, but the costs of financing as well as acquisition prices need to soften enough to make them profitable. Few notable cities have managed to successfully readapt large, concentrated amounts of office space and those that did, required heavy support from the public sector.

For office owners and investors with an eye to future profitability, it seems more crucial than ever to truly understand all ongoing changes, face the fault lines within the sector and act. The pandemic may have brought on a host of specific challenges, but it also exposed and exacerbated existing pain points in the industry.

After all, densification, shrinking spaces and suboptimal seating setups pushed worker dissatisfaction to new heights in 2019. As one industry analyst framed it: “Any real estate investor that is not taking seriously the possibility that the market is being fundamentally upended is going to get a real shock. Office owners must understand the customer like never before; if not, they will have a problem.” 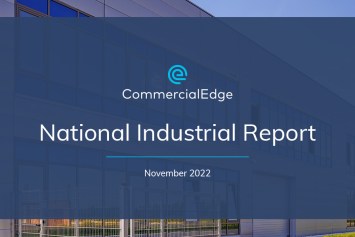 We Lend CEO Ruben Izgelov examines the potential of the commercial-to-residential conversion proposal on NYC’s residential and CRE markets.