Southern California markets led rent expansion across the U.S., largely due to intense activity in the Ports of Los Angeles and Long Beach. Orange County recorded the most significant 12-month change with a 7% hike, reaching $11.65 per square foot. Los Angeles (6.7%) and the Inland Empire (6.5%) rounded out the top three.

On the other end of the spectrum, markets that have higher availability of developable land recorded weaker rent growth in the last 12 months. Newly delivered stock in these markets is helping developers meet demand, while also elevating vacancy levels. Across the top 30 U.S. markets, rent growth was slowest in Charlotte (1.1%), Houston (1.7%) and Indianapolis (2.3.%).

Read to the end and download the full March 2022 report for updated lease rate and vacancy stats for all major U.S. markets.

As of February, the national vacancy rate averaged 5.2%, marking a 30-basis point (bps) drop compared to January. The Southern California region led the way in terms of vacancy as well: The Inland Empire ranked first with a 0.6% vacancy rate, the lowest across the top 30 U.S. markets.

Nationally, transactions amounted to nearly $9.1 billion in the first two months of the year. This strong start is a clear indication that investor interest in industrial properties is anything but abating, given that the first quarter of a year is typically the slowest for commercial real estate transactions.

Five markets exceeded the $500 million mark by the close of February in terms of transaction volume. In the early stages of 2022, Philadelphia led the way with $725 million in sales volume, largely owing to the sale of a 3.8 million-square-foot property fully leased by Amazon. Chicago industrial space ranked second with $689 million in transactions, followed by New Jersey, where the industrial sales volume totaled $603 million.

Developers added nearly 45 million square feet to inventory in the first two months of 2022, pointing toward another banner year for the industrial sector.

Download the complete March 2022 report for a full picture of how U.S. industrial markets fared in 2021, including insights on industry and economic recovery fundamentals.

Timea is a senior writer covering real estate trends and industry news in the U.S. Timea was previously a senior associate editor at Multi-Housing News and Commercial Property Executive and has an academic background in law. She has been working in the real estate industry since 2011. Reach her at [email protected]. 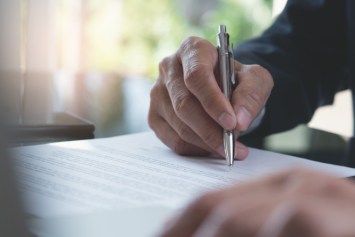 W-9 and 1099 Forms: What Every Real Estate Professional Should Know  September 15, 2022
VIEW ALL POSTS BY Timea-Erika Papp

For Landlords, How To, Industrial